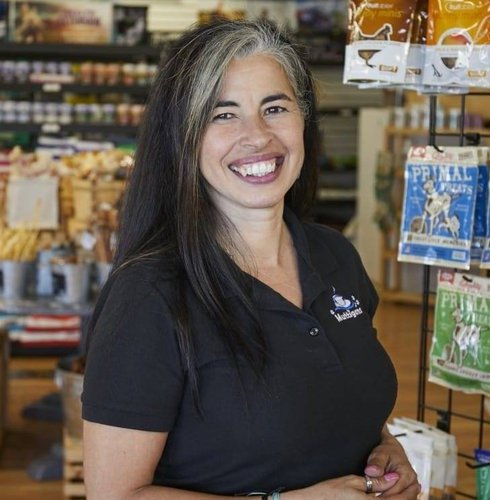 I’m Wendy Megyese, I’m the CEO and founder of Muttigans. I am also a proud pet mama to Josie the Pug and Moka the Presa Canario.

I am often asked how I came up with the idea of Muttigans. So here is the official story:

In March of 2016, I bought a small pet boutique on Emerald Isle, N.C. It was called Lollipups and serviced the local community of pet owners. However, the location was not ideal, so I moved it to downtown Emerald Isle and renamed it Salty Dogs Pet Boutique.

In December of that year, the idea to add a coffee shop was conceived. The storefront we occupied was too small but luckily, the prettiest storefront on Emerald Isle was available and it was just across the street. We moved all our pet products, added the coffee shop and opened our doors on February 1st, 2017. We also renamed it K9s and Coffee.

Our motto has always been “Paws and Enjoy Life!” and we knew we had filled a need as our visitors began to rave about us.

2018 was very eventful. We opened a second location in Swansboro and provided grooming services. We rebranded and changed our name to Muttigans. Best of all, the Emerald Isle location was named one of America’s Coolest Pet Stores and one of the 8 best places to take your dog in North Carolina!

But 2018 was not all great. In September, our community was ravished by Hurricane Florence. Homes were damaged beyond repair. Many had to move and had no place to keep their dogs. We pulled together as a community and partnered with vendors to provide free dog food to those who found themselves in need. The result was a strengthened community, a benefit that has been even more important as we navigate the Covid-19 situation.

Plans for growth of the company continue as we recognize the growing need for places where people and their pets can hang out together.

Ok.. so that is the official story of Muttigans. But for me? Well, that’s a little different. So here is Chapter 2:

I am a serial entrepreneur. I started when I was 5 years old and became my older brother’s loan shark. I would lend him $20, no question asked. He would give me back $25. At the age of 18, he had a job that didn’t make him enough money to get what he wanted. At the age of 5 I had a business and extra money! I was hooked!

I would do things like put on puppet shows and charge admission. Or pick wildflowers and sell them, mostly to my parents, aunts, and cousins!

However, I was a typical teenager. I got my first job when I was 15 and worked until I had children and became a stay at home mom. I no longer had the income a job provided so I found ways to create pocket money while still being able to take care of my family.

I did things like making and selling crafts. When eBay started gaining popularity, I sold used books and Levi jeans – admittedly a strange combination, but it worked! I sold Amway and Creative Memories. I was even a clown for hire! Eventually, when my children were in their early teens, I fulfilled a lifelong dream of opening a bookstore.

But then life interrupted my plans – don’t you hate when that happens? My father developed Alzheimer’s, a disease that eventually took his life. While my mother was his primary caretaker, she needed support so the decision was made to close the bookstore. I continued to sell on ebay and knew someday I would have another retail location.

So why dogs and coffee? Because almost every day of my adult life, the first thing I do in the morning is to have coffee accompanied by whatever dog was part of our family at the time. So it just made sense to me. Dogs and coffee were the top priority of Every. Single. Day.

One of my greatest joys comes from watching people connect through their pets. Did you know that dogs are great ice breakers?  For most dog lovers, it doesn’t matter what race, creed, color, age, gender or religion the human holding the leash is. It’s all about the dog. Seriously. If someone I don’t know came up to me while I was with my granddaughter exclaiming “Oh my gawd! She’s sooooo cute! Can I touch her?” I would instantly revert to my law enforcement training, which may or may not end well for the other person.

But if that same person came up to me while I was with Josie, who is, by the way, remarkably cute for a pug,  I would say ”Sure!” and we’d engage in a conversation which would inevitably include learning all about their canine companions. And just like that, Voila! I have made a new acquaintance and perchance a friend.

And then there is coffee. The most neutral of beverages. Think about it. If you go to someone’s home for the first time and all you are offered is water, the thought that they are poor or cheap may cross your mind. Amiright? If they offer you soda you have to ask “what kind?” because there is a HUGE difference between Coke and Pepsi!. If you’re offered an alcoholic beverage, well, that’s a whole other can of worms we won’t open here. But coffee? Who gets offended by that?

Yes, I love what I do. I have an amazing team, that supports my dream of having Muttigans become a household name. (Starbucks who?)  I love meeting new people. Most of all, my goal in life is to bring more joy into the world. I just happen to use dogs and coffee to make that happen.

So that’s me in less than a thousand words. As for you? My hope for you is that today you take some time to Paws and Enjoy Life!

WE LOVE OUR CUSTOMERS FROM AREAS NEAR JACKSONVILLE

We love all of our customers! Check out what our customers from areas near Swansboro, Indian Beach, Salter Path, Hubert, Atlantic Beach, Jacksonville, and more, are saying.

Always do an awesome job

Always do an awesome job with my dog and it lasts the longest of any dog spa around . Worth it every time we go.

Smiling faces everytime.....Wonderful selection of animal goodness and treats .......Convenient and they even do phone orders for pickups

Can I give 10 stars???? Excellent service, best groomers and store staff. Took my two goldens today. One has anxiety issues, the groomer held her in her lap while she groomed her! I will definitely be back! I plan to book my grooming on line when we come to the beach! Love yall!!! Many, many thanks!!! So glad yall are here!!

This place is awesome!

Coffee and dogs?! Does it get any better...this place is awesome. It's a very cozy atmosphere and perfect start to the day (or mid day pick me up)! Every time I have gone the staff has been friendly and helpful--especially when I can't make up my mind with all their yummy options! It's our favorite coffee shop in the area, and by *our I mean mine and my dog's! She loves their many treat choices, and of course the pup cup! It's become a staple outing throughout the week. 10/10 would recommend!

The "Bark Squad" l-r Dreyfus, Bonnie and Eli were professionally, affectionately, lovingly and thoroughly cared for.They were all treated to the" works " Totally affordable prices, after 7 weeks we are making our next appointment now Picture below is right after Bonnie and Dreyfus returned from "Day of Beauty" 2-14-20 at Muttigans. This time Dawn was Team leader with the most pleasant support from Camrie.. Services performed (as i have become gladly accustomed to) was performed expertly and with a heart felt empathy. Dawn went the extra step of providing them each with a "I love NY" bandana and tie, so cool. plus they were very laid back at pick up time, you can tell just by that fact alone that Dawn And Camrie created a great atmosphere to work in. Our Eli has an appointment , Wednesday, so we will travel again to Muttigans, thats our spot now we humans and canines love it so

This is such a cute shop

This is such a cute shop. The prices were incredibly fair, and they had a good selection of toys, treats, food, and care items. The coffee is incredibly tasty. I ordered a hot Americano black, and I couldn't be more pleased. I also had a pina colada smoothie, which was also delicious. The woman at the register was kind and patient as I decided I needed to order multiple things, and my drinks were made very quickly. I will definitely be back, and I can't wait to do my dogs' holiday shopping here.

The best experience I’ve had

This was the best experience at a groomer I’ve had in the 8 years of my dogs life. The shop and grooming parlor are clean and organized and staff is friendly and experienced. I will be taking my dog back regularly to keep him as beautiful as he looked today when I picked him up. I highly recommend anyone looking for a great grooming experience for their pet to visit here. 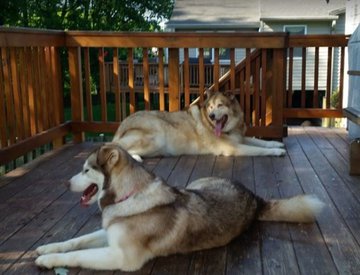 I took my two very large Alaskan Malamutes to Muttigans Grooming in Swansboro - they are fantastic. My dogs came out clean and deshedded and beautiful. Best dog groomers for large breeds - hands down. Ask for Cara, she groomed my 162 pound Gus like never before. wonderful.

I love this little shop 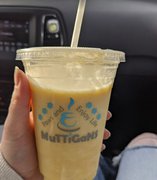 I love this little shop. They have a wonderfully curated selection of toys, treats, food, grooming and really everything your pup could need. Bonus? Coffee and smoothies.

Love these gals! Great atmosphere delicious coffee. They take great care of my dogs in the grooming department. When I took my dogs to a couple other groomers they would not want to get out of the car, wouldn’t voluntarily go into the place, and couldn’t wait to get out of the place. I’m happy to report they don’t behave that way when we go to muttigans. Exactly the opposite reactions. Would highly recommend.

Share your own pet story! See All Testimonials
Come visit our pet supply store in Emerald Isle, NC specializing in coffee, quality food, treats, and supplies for cats and dogs.